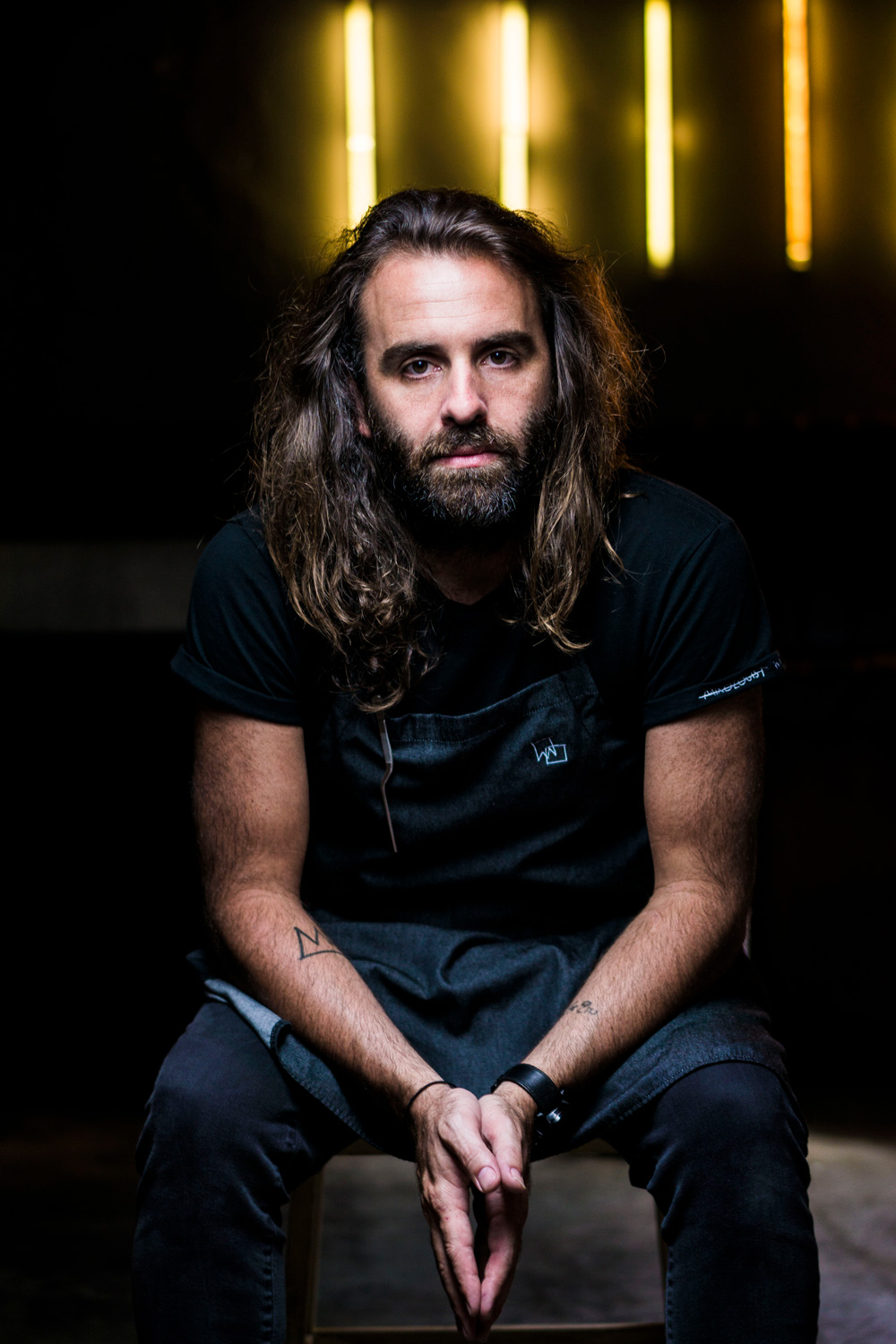 In April, we caught up with Luke Whearty, the bartender-owner of Singapore bar, Operation Dagger, moments before his pop-up with Sydney bar PS40 was about to kick off.

Whearty has built an international reputation for himself and his bar, which, we’re confident to say, looks unlike any other bar in the world. Whearty takes an innovative approach to drinks, which has seen Operation Dagger earn a spot at number 21 on the World’s 50 Best Bars list and take out the title of Singapore’s most creative bar at the 2016 Singapore Bar Awards.

Here, he talks to Sam Bygrave about creativity, the drink-making process, and the ideas underpinning Operation Dagger.

Tell us a bit about the idea behind Operation Dagger.
It’s in its third year now, and the whole premise of it was, my partner and I, my fiancé and I, just wanted to create a space that was a pure creative outlet, doing things that aren’t really sort of done.

It was stripping everything back to the basics and not focusing on classic recipes and what’s been done before — throwing that all out the window and focusing purely on flavour and creating a fun space.

We don’t have any focus on brands, everything is unlabelled, we distil and ferment the majority of things in-house just to create something new.

What are some of the techniques you employ?
We use some very basic techniques and we use some very technical techniques as well. We use a lot of modern kitchen equipment, like sous vide bars, rotary evaporators, sonic preps, but then we do basic stuff like natural fermentation, making our vinegars and different cultures and koji spores and all that sort of stuff. Trying to apply the right technique for the drink, not just using something because it’s the latest thing that all the cool kids are using — like, we do distil with the rotovap, but sometimes if we find we just do a basic infusion and that tastes better, we’ll go with that.

A lot of the drinks are inspired by outside influences — not necessarily from the bar world. It’s one of my pet hates — you go to a bar and it’s like this is a twist on a Bloody Mary, or a French 75. Can’t we be a bit more creative than that? It’s all been done before.

How long does it take to develop a drink?
They’re all different. [Man vs. Pig] was one of the quicker ones, probably only a month or two. I‘ve had drinks that are sort of in development for two, three years, basically until I’m really happy with it I won’t put it on the menu. But sometimes it happens overnight, so it depends.

It’s quite a formatted creative process that we have at Dagger. I run, with my team, every week creative sessions, and the concept of these creative sessions, it’s not my concept either, I’ve taken that from the restaurant culture, so these creative sessions came from El Bulli in Spain and Ferran Adria is a huge inspiration of mine. I just found that a really cool way to introduce new ideas constantly, and also to keep my staff entertained, and help make them feel like they’re contributing to the space because at the end of the day the space is not about me and my team are a big part of that.

We just have a big brainstorm session, and it goes from there. Some drinks are ready straight away, and some drinks they just don’t work for whatever reason, and months later you might have a lightbulb moment and then it all fits together. At the grassroots of it, that’s what I really love about my job — just coming up with new ideas.

What else can bartenders do to get inspired creatively?
My biggest thing, and this is applicable to any industry: don’t just look in your one industry for that inspiration, whether you’re an architect, a poet, a songwriter or a bartender, don’t just look within that industry. I read a lot, I love food, wine, art, anything. Sometimes it might be a line from a movie, it might just be a drunken night where someone says something cool that has a reference to something you thought of before — that’s when I think really cool and creative ideas come from, when they’re not so forced and pushed in these boundaries. Bartending, I think we can be very easily guilty of just, ok this is the format of a glass, spirit, bitters, sugar, and then a lemon peel — I get bored just thinking about that. Don’t get me wrong, I like classic cocktails and classic bartending and there’s a time and place for it, I love it — I’ve got so much respect for it. I think it’s really hard to do that, because everything has got to be so perfect, whereas that’s kind of the reason I do what I do — people can’t pull me up on it, because I’m the only one doing it. How do you know if it’s wrong if you’ve only had it for the first time before. It’s kind of easier when you think about it.

What do you drink to relax?
Usually wine. Australia, at the moment especially, is going through this amazing period with this natural wine explosion, and they’re the wines I love. You can probably see some parallels between what guys in the natural wine world are doing and the stuff that I do. A lot of the stuff I do, probably some guys frown upon and think that’s not cocktails, and you know in the wine world, there’s some of those old world winemakers, you hear comments like ‘that’s not wine.’ But I love that, just having something that’s. Fun — I think drinking should be fun.