Distilleries, Products
September 17, 2020
by Our Sponsors
0 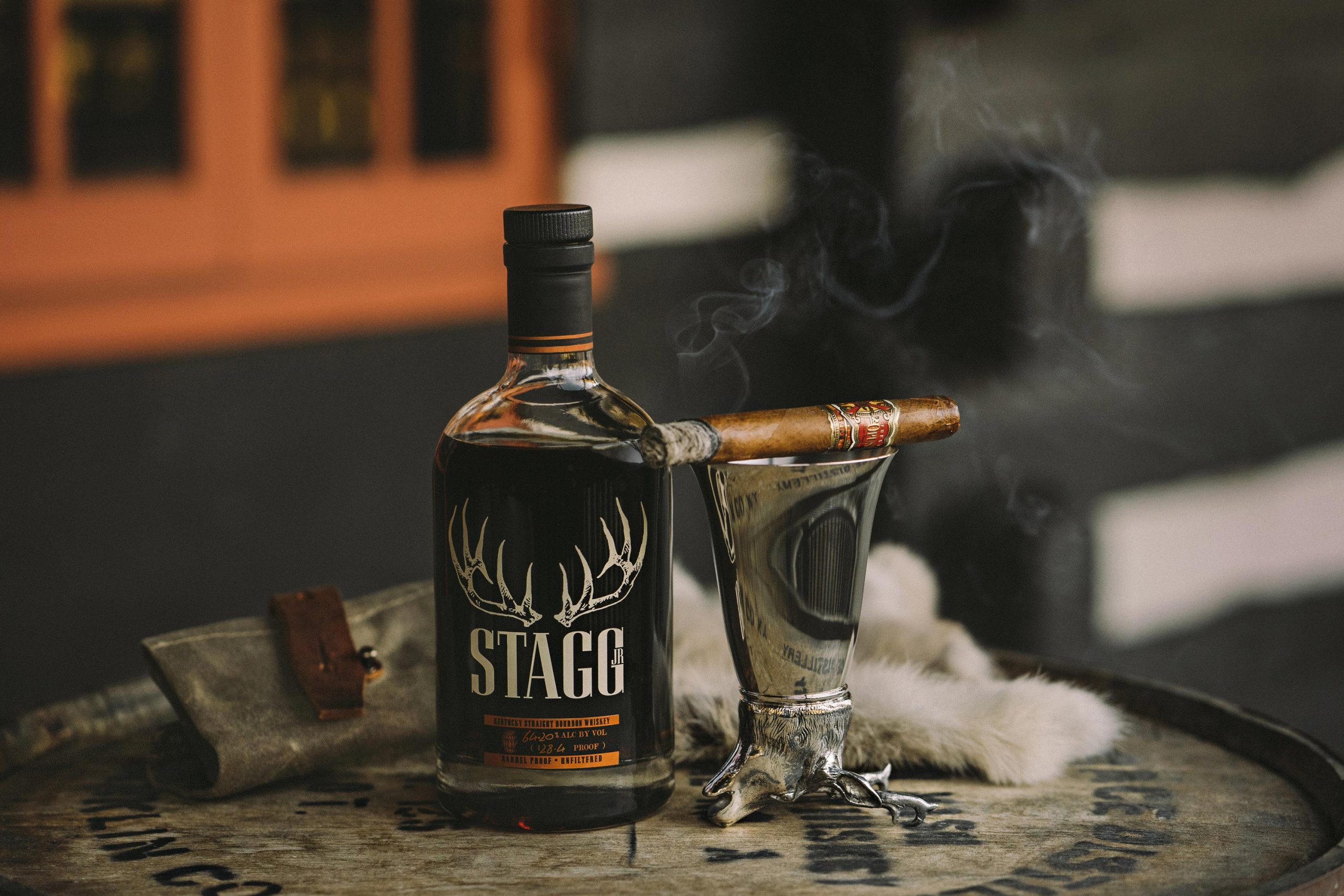 Two whiskeys produced by the Sazerac Company, Stagg Jr. (128.4 proof) and Paul John Mithuna, have been named the second and third finest whiskeys in the world, respectively, by esteemed whisky reviewer Jim Murray in his “Jim Murray’s Whiskey Bible 2021.” In total, nine whiskeys from Sazerac received top honors in their category, including eight produced at its Buffalo Trace Distillery in Frankfort, Ky.

These awards follow a momentous win last year in which three whiskeys from Sazerac were named the top three whiskeys in the world in “Jim Murray’s Whiskey Bible 2020,” the first time any one company has accomplished this feat.

The 2021 second finest whiskey in the world, Buffalo Trace Distillery’s Stagg Jr., was first introduced in 2013 and has won countless double gold, gold and various other accolades, but has never placed in the top three in the prestigious “Jim Murray’s Whiskey Bible.”  Its forefather however, George T. Stagg, is well known to Whiskey Bible fans, having been named the finest or second finest whiskey in the world a staggering four times since the Whiskey Bible started in 2004, holding the top spot more times than any other spirit in the world.

In describing the Stagg Jr. second finest whiskey in the world, and bourbon of the year for 2021, Jim Murray scored it a 97.5 and called it “Spectacularly mind-blowing!”  Murray tastes more than 4,700 whiskies for his yearly edition, and in Murray’s ranking system, any whiskey which scores in the 94-97.5 range is deemed by him as “superstar whiskies that give us all a reason to live.” 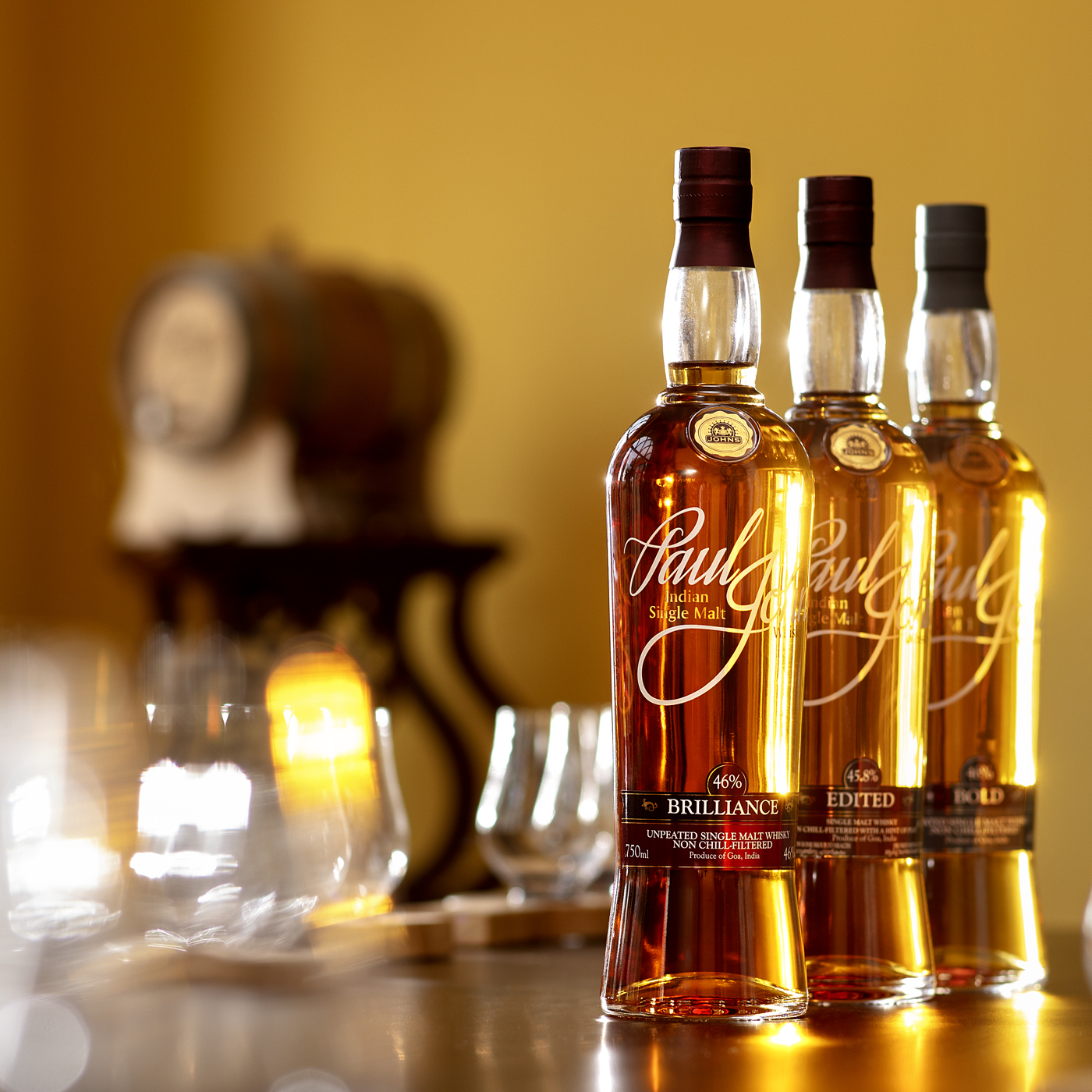 Sazerac’s third finest whiskey of the world comes from India, at its Paul John Distillery and is Mithuna, which scored a 97. Mithuna is part of Paul John’s zodiac series. Mithuna will be released worldwide in November and available in Australia in February 2021. Mithuna’s predecessor in the zodiac series is Kanya, which was named Asian Whiskey of the Year in the 2018 edition of “Jim Murray’s Whiskey Bible” with a score of 96.

In describing Mithuna for his 2021 Whiskey Bible, Murray says, “If Mithuna means “Ultimate,” then it is the perfect name. Or maybe Mithuna means “Perfect,” then it is pretty close. It is that very rarest of things. And, if nothing else, announces Paul John Distillery on the world stage of truly great distilleries. This is a whisky to devour…while it devours you.”

“To have our whiskeys be named the second and third finest whiskeys in the world is astonishing, especially following last year’s three top spots in the Whiskey Bible, said Mark Brown, president and chief executive officer, Sazerac Company.  “It is truly a testament of the skill and dedication of not only our Master Distillers Harlen Wheatley at Buffalo Trace Distillery, and Michael D’souza at Paul John Distillery, but to all of our team members at Sazerac. We could not be happier and motivated to continue our quest to create the world’s best whiskey.”

Jim Murray is a legend and leading player on the world’s whisky stage. It is now over 25 years since he became the world’s first-ever full time whisky writer. The 2021 edition of his Whisky Bible marks the 18th year of annual publication. “Jim Murray’s Whiskey Bible 2021” can be pre-ordered at http://whiskybible.com/

Buffalo Trace Distillery is an American family-owned company based in Frankfort, Franklin County, Kentucky. The Distillery’s rich tradition dates back to 1775 and includes such legends as E.H. Taylor, Jr., George T. Stagg, Albert B. Blanton, Orville Schupp, and Elmer T. Lee.  Buffalo Trace Distillery is a fully operational Distillery producing bourbon, rye and vodka on site and is a National Historic Landmark as well as is listed on the National Register of Historic Places. The Distillery has won 21 distillery titles since 2000 from such notable publications as Whisky Magazine, Whisky Advocate Magazine and Wine Enthusiast Magazine. Its Col. E. H. Taylor, Jr. Four Grain Bourbon was named World Whiskey of the Year by “Jim Murray’s Whiskey Bible 2018” and its William Larue Weller and Thomas H. Handy Sazerac were named 2nd and 3rd finest whiskeys in the world, respectively, in the “Jim Murray Whiskey Bible 2020.”  Buffalo Trace Distillery has also garnered more than 500 awards for its wide range of premium whiskies. To learn more about Buffalo Trace Distillery visit www.buffalotracedistillery.com.

For more information, speak to your SouthTrade rep.

These two guys can tell you a lot about bourbon