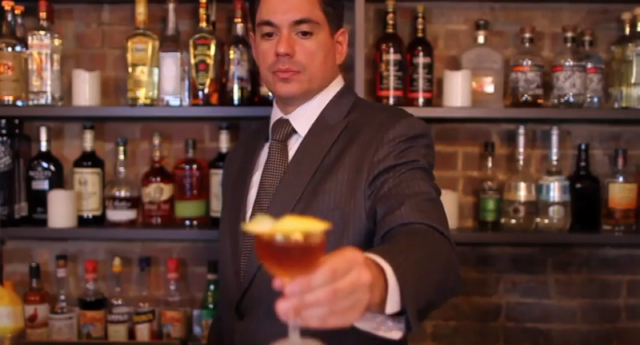 Watch the trailer for the doco, Hey Bartender, being released throughout the States and to iTunes (our fingers are crossed for Aussie distribution). The movie follows the fortunes of two bartenders — one of them at New York bar Employees Only — and features the biggest names in US bartendeing. Bartenders like Dale DeGroff, Jim Meehan (PDT), Julie Reiner (Flatiron Lounge), Sasha Petraske (Milk & Honey), Dushan Zaric (Employees Only), Simon Ford (86 Company) all make appearances in the film. And there’s more gold to be found at the facebook page.

Here’s a little from their press release:

“Directed by Douglas Tirola (An Omar Broadway Film, All In – The Poker Movie) and featuring a number of the world’s renowned bartenders and cocktail drinkers, HEY BARTENDER is a love story to the cocktail and the people who make them. The film gives insider access to the most exclusive bars in New York, chronicling the story of the comeback of the cocktail and the rebirth of the bartender. The film also features commentary from some of New York City’s best cocktail hosts including Graydon Carter, Danny Meyer, Amy Sacco, and Frank Pelligrini of Raos, among others. HEY BARTENDER is produced by Tirola and Susan Bedusa for 4th Row Films.”

Watch how to make the Dead Rabbit’s Irish Coffee recipe

Olivia Palermo Proves the Sexy Summer Dress Can Be Comfy

Beyoncé, Kendall, and J-Lo All Have THIS Brand in Common

The Single Most Versatile Skirt, According to Olivia Palermo