The Batanga. It’s one of the great tequila drinks, and one of the simplest to make — watch the video above to see how they do it at its home, La Capilla in Tequila, Jalisco.

I got to see La Capilla for myself a few years back. The bar is the oldest in Tequila town, and has become a must-do for any bartender who gets to Tequila. The bar is owned by Don Javier Delgado Corona, who was in his nineties when we visited; when we arrived, Don Javier got up from his seat, despite his age, asked how many people we had with us and started to move chairs around so that we could feel at home. We tried to tell him not to worry about it, but he wouldn’t have it. That’s just the kind of hospitality you get from the man.

The next day we returned, and sat down with him for a drink. Before we knew we had a plate of ham and other snacks in front of us, sharing them with him. I don’t speak a word of Spanish, and it was hard for those that did to hear him. Words weren’t necessary though: I’ve never felt more welcome in a bar than I did there.

La Capilla Cantina Don Javier opened nearly 80 years ago, a couple of blocks down the road from its current location (Don Javier told us that he moved the bar in 1982). And behind the bar, in pride of place above the shelves stocked with tequilas are two photographs of bartenders who have passed away, Gregor de Gruyther and Henry Besant. That tells you a lot about the kind of bar La Capilla has been to the bartending world, and about the kind of man Don Javier is.

And what did we drink? The Batanga, of course, Don Javier’s mix of tequila (he’s using El Tequileno), lime juice and Coke served tall with a rim of salt. Of the drink, Don Javier said he “doesn’t remember how long he’s been making it, maybe 40 years.”

You don’t need much to make this drink delicious — they stir it with a knife at La Capilla. Though ask anyone who’s had the chance to drink one with Don Javier, and they’ll tell you that they just never taste as good as when you’re at La Capilla. 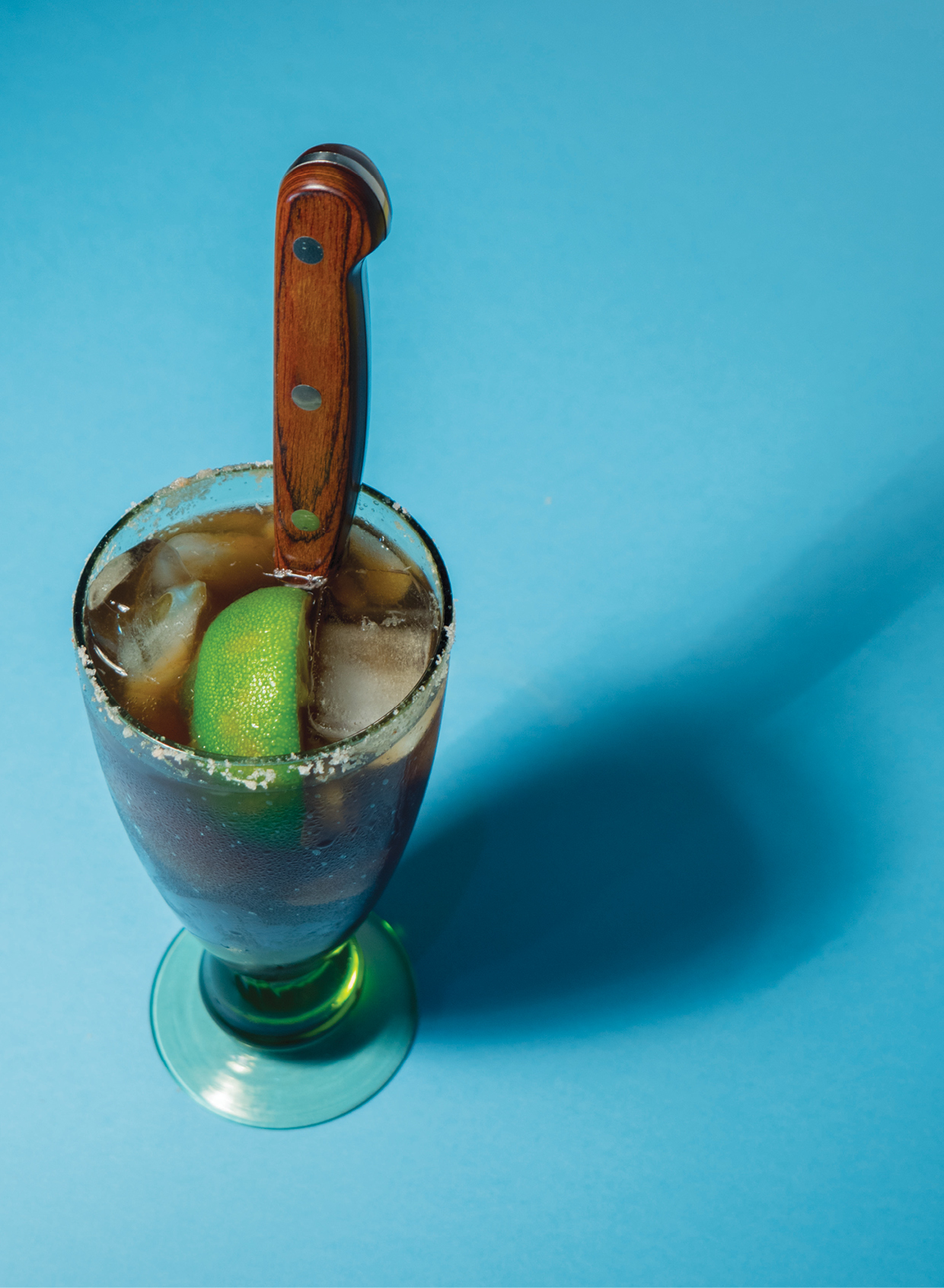 Salt rim the glass. Build and top to half way with the cola.  Top with ice.  Stir with a knife and leave in with a straw.