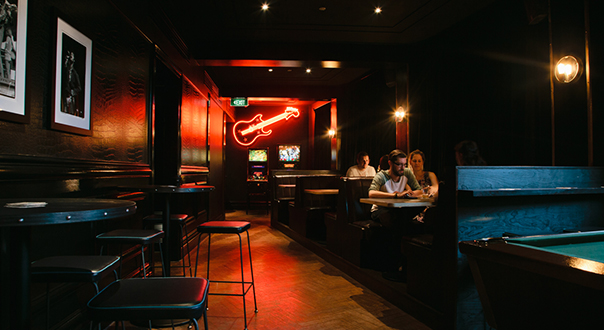 Of course you do. Luckily for you, Waywards in Newtown launches this Friday night.

Set above King Street in the space previously known as Upstairs at the Bank, Waywards is all about late night drinks and live music. It’s described as being “reminiscent of legendary 60s and 70s gig venues from the heyday of Britrock.”

They’re kicking things off this Friday by hosting the Dandy Warhols’ official after party, with tap beer and pizza until late.

Waywards is open Thursday to Sunday from 8pm to late starting this weekend; you can find them at Level 2, 324 King Street, Newtown.

0
Australian Bartender August 27, 2014
No Comments Yet

Solotel to launch The Whisky Room next month