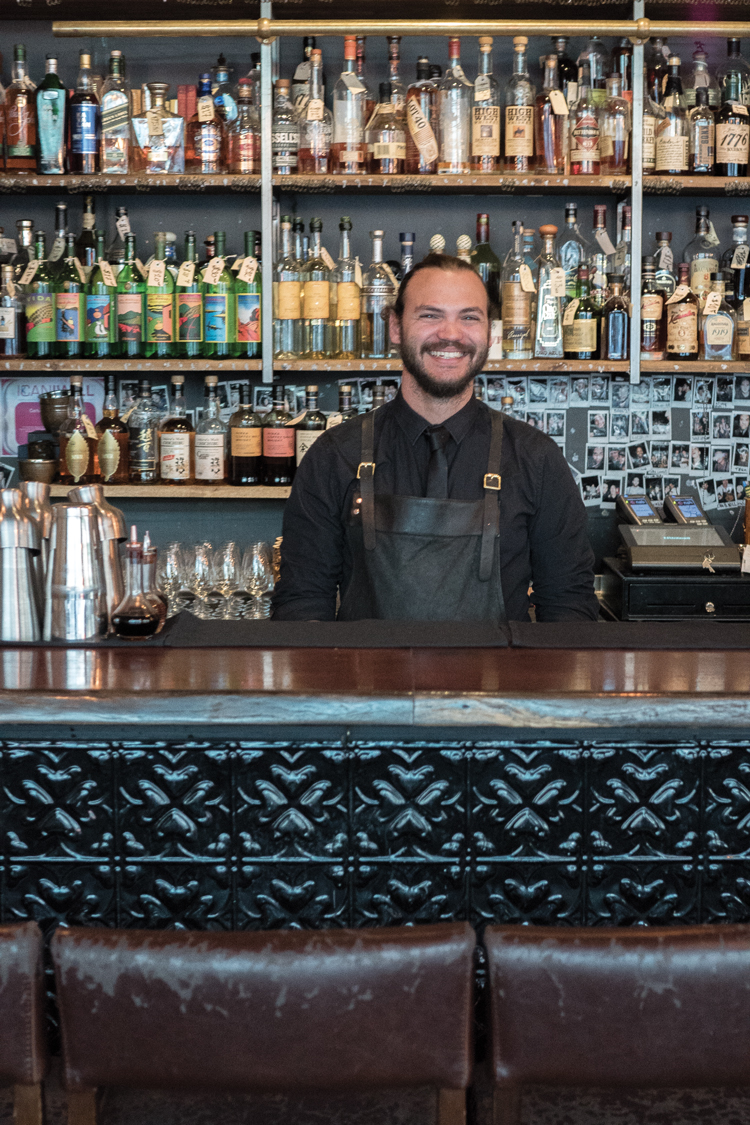 There’s a little bar in Brisbane that dives into whisky in a big way: Cobbler. They’re known around the country not just for their whisky selection and great service, but for the tight-knit and quality bar team they’ve got behind the stick. We spoke to bar manager Cameron Pirret about what it’s like to work at Cobbler, and how he got into whisky.

I fell into hospitality when I was 15, and my old man was like, “go and get a job.” I went out to dinner with a family friend, and she gave me a job. I started as a grunt, just doing the ice and setting tables, then became a waiter. With waitering, I loved selling the wine more than the food.

I did a few bar shifts, and once I stepped into the bar I liked it way more than the floor. A big reason why people get taken aback by [the floor], is waiters get treated like shit bro. But if you’re a bartender and someone treats you like the way they treat the waiter you’re like, “I’m not giving you a drink.”

You can be as rude to me as you want, bro, but if you push that line I’m just not going to serve you. I get to tap you out bro, so be nice!

I worked at Lychee Lounge. I got a job here because I was here always after work and on my breaks and stuff.

It’s the environment here, the atmosphere, straight up. Working by yourself here, sometimes it feels more like hanging out in your lounge room full of whisky and just talking to people, just chatting whisky, chatting cocktails. People who have never seen it before — it’s pretty cool for Brisbane man, they come in and they get blown away. And other people who do know it’s here and are regulars love it, they know that you know your shit and they want to talk to you  — it’s just really cool man.

I used to think Scotch was just something that douchebags drink. I drank rum, I drank tequila. To be honest man, wherever I work, if I worked somewhere that had 200 rums I’d be a rum fanatic — I drink anything.

What you’re looking for with the books is obviously an understanding of the distillation and ageing process, and what that gives to whisky, but more importantly how they describe whisky. How does that man describe that whisky? You don’t have to agree with the description of it, but you have to be able to put your description into words like professional writers. Look at how he describes the nose, the colour, the flavour, and start putting it to customers the way they explain it.

I think you have to enjoy it. There’s people who the way they are built get out of bed in the morning like a cannon, and I think they struggle — you see them get sleepy towards the end of the night. Whereas you see the guys who really enjoy it, they get a second wind at two or three in the morning.

I enjoy having chats with people who have a shared interest. Obviously I love whisky, the people that come in — they like whisky. You don’t have to search for them, you’re already there waiting for them to come up and have a chat.

It’s Marty man — I hate to give him all the juice for it, but I think a lot of the time you work venues where the guy who owns it doesn’t have that experience. So he probably hires a manager who looks good on paper but is not really the dude you want running it. Whereas Marty [Lange, Cobbler’s owner] was a quality bartender, who basically built the whisky room he wanted at his house and then opened it to the public, you know what I mean? That passion from him drives into the boys, and he doesn’t sugarcoat how he sees the world — that sort of brings us together as well. That great team atmosphere comes from him and his attitude towards us and his business.

0
Australian Bartender August 4, 2016
No Comments Yet