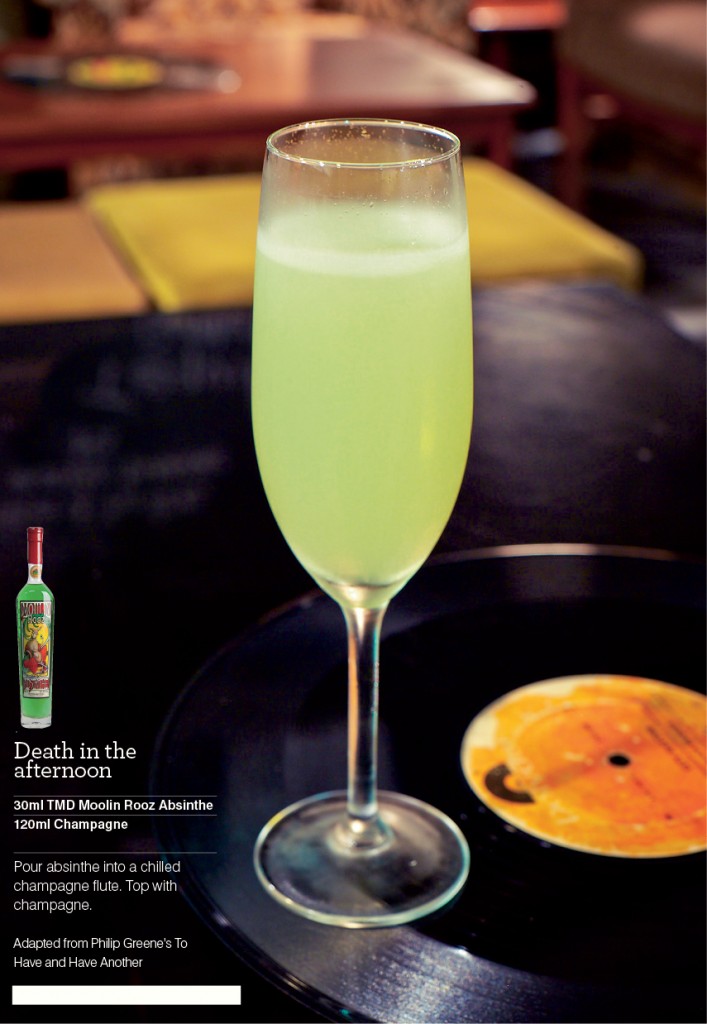 Absinthe: perhaps no other spirit has held quite the attraction for writers that this green spirit has had. It is the spirit of writers, artists and vagabonds; perhaps this is why it is seldom called for in a bar. Sadly, if it is called for, it’s as often as not by someone looking to get drunk, or, in the parlance of our own enlightened times, when one wants “to get maggot”.

Taken with iced water or over lots of crushed ice, however, there’s something very refreshing about absinthe. It’s a little old-fashioned. It’s not a taste that someone new to drinking is going to like. Hell, drunk in this manner, you need to be a grown-up to like it.

That’s something old mate Harry Johnson knew back when he penned his Bartenders Manual in 1882 and included not one, not two, but four  methods of preparing absinthe. We like his “Italian Style of Mixing Absinthe”, so named, because along with a pony of absinthe and ice is the addition of “anisette” and “2 or 3 dashes of maraschino” mixed with iced water; as Johnson wrote, “this is a very pleasant way of drinking absinthe, as it promotes the appetite”. And what’s more grown up than eating a good meal?

Something about it inspired Charles H. Baker Jr — whose prose was known to go on a bit — to devote a good three pages to it in his Gentleman’s Companion, as he painted an impressionistic vignette of his time in Saigon, where he tried it. He was quite taken with it, and gave a cautionary warning: “taken in steady doses over a considerable period of time, it does nibble the keen edge off the brain until a man becomes a sorry sort of thing; aimless, listless, and generally — shockingly — lacking.”

Frank Newman’s 1904 French-language book, American Bar, had an update on Johnson’s Parisian style. Newman’s Absinthe Chanteralla mixed equal parts absinthe and anise liqueur with cracked ice, frappe style. Newman also included a recipe for an Absinthe cocktail, little more than a half measure of absinthe, water, a couple of dashes of Angostura and a couple of drops of sugar syrup.

Who would win in a knife fight?

Both of these men died at their own hand. Both suffered from paranoia and delusions — though to be fair to Hem, when he thought the CIA was spying on him, he may have well been right. And they both had one drink in common: absinthe.

Of course, Hemingway was a hunter, survived two airplane crashes, fished big game fish, and generally liked to be in amongst it. You’d think a namby-pamby artist like Van Gogh would be the chum to Hemingway’s ruthless Great White. But don’t underestimate just how batshit crazy a lifetime of drinking low-grade absinthe — the only type a misunderstood artist could afford — might make you. Van Gogh had loads of it. And he was Dutch. They don’t mess about.

Result? We reckon a points decision to Van Gogh. If you’re crazy enough to cut off your own ear, then you’re probably crazy enough to get to Hem. And, let’s face, if it’s after midday Papa’s probably seven Papa Dobles deep. 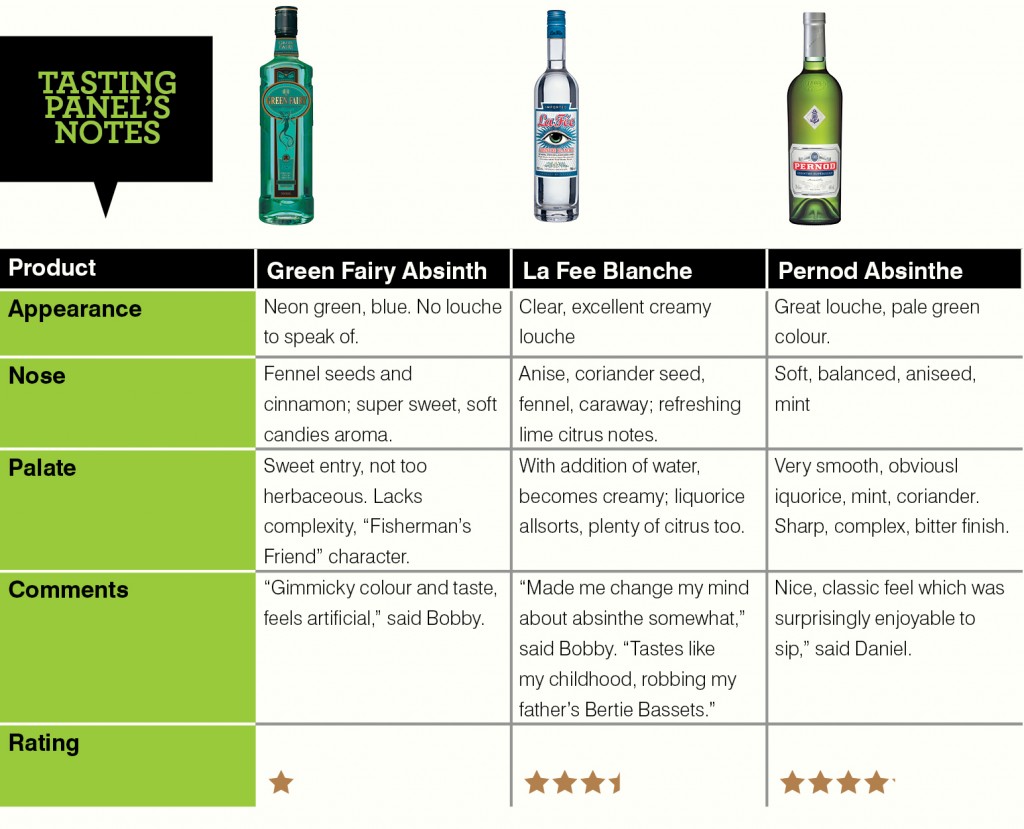 0
Australian Bartender June 3, 2013
No Comments Yet