IF YOU’VE been in the bar industry for even five minutes, any introduction to who Dale DeGroff is should be redundant. Suffice to say, he’s the godfather of the craft cocktail renaissance that’s been underway for 20 years now, and he has mentored a number of bartenders, trained thousands more, and reached even more again than that with his books, The Craft of the Cocktail and The Essential Cocktail. He worked the legendary Rainbow Room in NYC, trained bartenders at the UK’s influential Match Bar group, and so many more. No other bartender has broken into the mainstream conciousness like DeGroff, whom is rightly known as King Cocktail.

DeGroff was in Australia in August for De Kuyper’s The Works program and got around to share his story with bartenders across Australia; here we talk to him about his extraordinary career (and you can check out his full presentation below).

What excited you about coming to Australia for De Kuyper The Works?
Having not been to Australia in several years, I was so excited to get the call-up from the De Kuyper team for this event. While we bartenders know and love this legacy brand for its quality and variety, it’s the right time to be starting to take consumers on the journey of what makes a great cocktail at home — and as we know it’s about using the best quality foundations.

Could you tell us about the first time you met Salvatore Calabrese?
It was at The Lanesborough, he was really holding court. I went there specifically to see Salvatore, and he was off [that night]. But someone called him up and said he should come back over, that there were some people who wanted to meet him — and he didn’t.

I went in the second time, and I like to sing with piano players. I went up to the piano player and said, “I’m sitting with those folks over there, do you ever have people sing with the piano?” And he said, “No, no, no, we don’t do that here.” Too bad. I go back to the table and Salvatore shows up. And we’re chatting and I said, “You know, it’s too bad about the piano thing.” He said, “What do you mean?” “You know, you don’t let people sing with the piano player.” “What are you talking about?” he says, “come with me.” He took me over to the piano and said, “This man, any time he comes in — now sing!” So I sang this song called Lulu’s Back In Town.

The next time I come in, maybe a year later, the guy sees me and starts playing Lulu’s Back In Town. I think I made an impression on him. Salvatore tells me that me and Stevie Wonder are the only two people who sang with the piano player.

You’ve worked with so many amazing people over your career, what was that like?
Well the biggest person, and the guy who really was my mentor was this guy Joe Baum [who ran the Rainbow Room]. He’s another guy who probably wouldn’t have gotten where he was today if he had to go through an HR department.

I’ll give you an example: some guys from, I forget the name of the publisher now, they were my regulars at the bar and said I ought to be doing a book about this stuff. I said, “You think so? I’ll start working on some stuff.” This is 1992. Couple months go by, then I get a notice from the office: Mr Baum wants to see you. On the executive floor, the 44th floor.

Is that a good thing?
It is not a good thing. It’s a bad thing. When you don’t hear from Joe it’s a good thing. I go down and sure enough, he’s got this nasty look on his face. As soon as I sit down, he throws a magazine which hits me in the chest. Lands on the desk, it’s got a little yellow tab on the top.

“Read that,” he says. It’s a fancy glossy food magazine and it’s got an interview with me! An interview I never knew took place, by the way. I remembered reading it, I’m smiling, this is my first ink I’ve ever gotten, and I’m like, “Wow.” Joe’s getting more and more pissed off and he pulls the magazine out, and he underlines something and he says, “Read me that.”

It says, “What are you doing here with the beverage program at the Rainbow Room that’s different?” I say, “Well what we’re trying—“ I’m reading this aloud and as soon as I hit the word ‘trying’ he slams the desk and I jump out of my seat! “Trying? Trying is for stupids,” he says. “What the fuck do you think we’re doing here? We don’t try, we do, we create,” he says. “Get out of my office!”

So this is the first time I got my lesson on how to speak to the press. You deal in superlatives only.

What was New York like in those days, and do you like it more now?
Here’s my answer to that. My first saloon in New York was this place called Paddy McGlade’s. It ended up becoming my neighbourhood bar, this Irish bar. One of the nights I rolled in there after meeting this great jazz musician — and that’s another story — and I’m talking about how we were there at four in the morning and it was crazy [this night we had]. I’m telling this to this guy, and he’s like, “Well, yeah, you know what kid? You don’t even know New York — you shoulda seen my New York. It’s bullshit.”

Tell us a bit about [Clover Club owner] Julie Reiner?
I was doing these cocktail safaris, they were walking tours. I was asking friends if they knew any cool bars in Greenwich Village. Somebody said I should go to the C3 Lounge in the Washington Square Hotel, there’s a young woman there who’s kind of cool. So I go in to meet her ahead of time, we hit it off, and she gives me these drinks and they’re great. She’s come from Hawaii, and so I started talking her up.

By that point people had started using me as a resource, and the way you become a resource in New York City is you answer your phone. Food and drink writers call bartenders up, and bartenders are like, “Fuck you I don’t want to talk.” But at the Rainbow Room I would talk and try to give them what they want, so I got on the lists of resources — if you want to talk about cocktails, call this guy.

So people would ask me what’s happening and I’d say that C3 Lounge was happening, you got to see this woman, she’s amazing. The New York Times wrote her up, and when they did she got fired! Her chef says if anyone’s going to get written up around here it’s going to be me — you’re fired! Best thing that ever happened, because then she opened her own joint, Flatiron Lounge. Isn’t that a hoot?

I never trained her, I didn’t have anything to do with her, but on the other hand Audrey Saunders I did train. 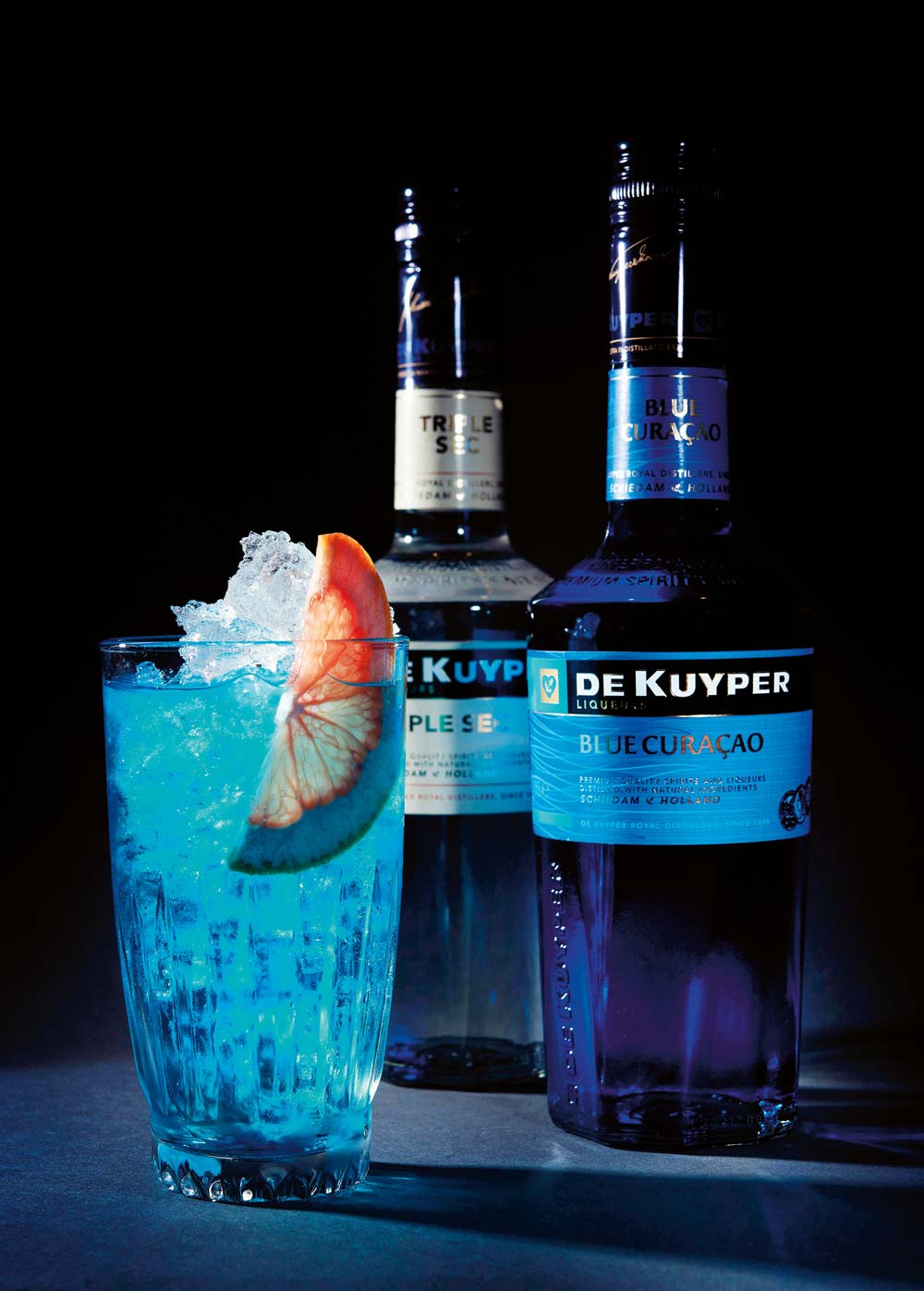 Shake and strain over ice. Garnish with a grapefruit slice.

Tell us about Audrey Saunders then.
She took my course, at NYU, which was a four hour course about Jerry Thomas, around his book and his drinks. She came up after and said, “I want to be what you are, I want to do what you do. I’ll work for you for nothing.” I said that wasn’t going to work… we’re a union shop.

But I said that I do a lot of pro-bono work, because Joe Baum and the mayor, they were doing stuff at the mayor’s residence and it was all free. I was called upon to do it, there was no pay involved, so whenever I could find a sucker to bring in to do a little work for me? I said I got some work for you.

She would do all of my pro-bono gigs. I opened a popup called Blackbird, and I hired her. We worked together for a year. Then she went off and did a couple of jobs, and then I hired her again — I did a restoration of Bemelman’s Lounge at the Carlyle Hotel. It was a high profile job. It was the moment that she met the people who put her in Pegu Club.

What makes a good bartender a great bartender?
Confidence, number one. The thing that makes an angry bartender angry, is a lack of knowledge. He’s afraid he doesn’t know anything and he doesn’t and it pisses him off. If you don’t know shit, you don’t have any confidence.

Repetition — there’s got to be tons of repetition, so that your drink making part of it is so by rote. You’ve got to be a genius of making friends out of really difficult people. People are difficult. If you’re not good at that you need to be in the kitchen.

Is that something you can learn?
I’m not sure it’s something you can learn. When we were hiring for the Rainbow Room, this guy named Bill and I, we would say, “Look, you’re our 900th interview, how about telling us a joke? If you don’t want to tell us a joke, just a life story  — anything, we’re really fucking bored here.” And if the guy was non-plussed by that request? If he can’t do it in the interview here, come up with something cool, how’s he going to deal with customers? There’s got to be something right there — a story, an answer, a joke.

As you go around the world, do you feel like you’re getting those bartenders these days?
More and more I’m hoping to find them. It’s getting better. Listen, New York was the bar town. Just because we didn’t have a craft bartending movement didn’t mean the bars weren’t amazing and wonderful, fun. I learnt from Pat and Mike, two Irish guys who had the gift of the gab, and they were the best bartenders. There’s a lot of people like that and yeah, they don’t make great cocktails but they make great bonds. And we don’t go to bars, we go to bartenders, don’t we? 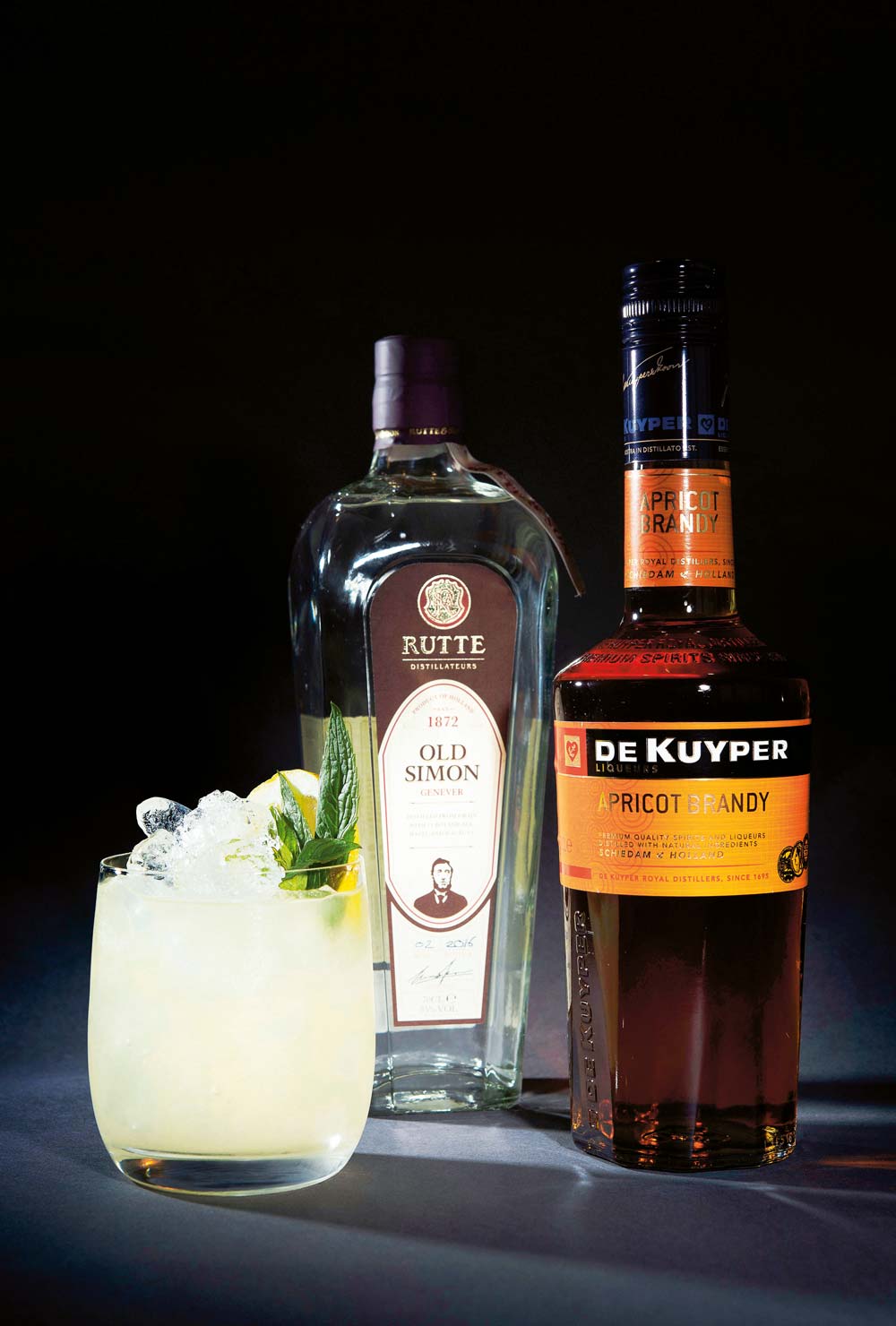 Muddle, shake and strain over ice. Garnish with a mint leaf.