Duff on women. In bars. 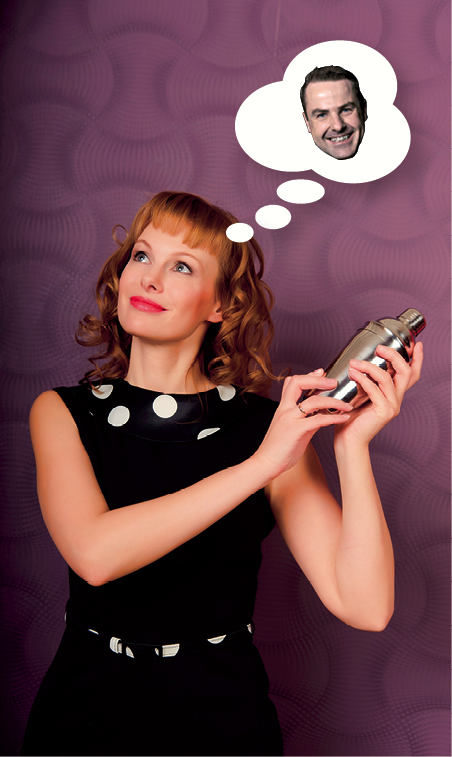 There is an elephant in the room, and it’s name is Women in Bars. To say I must tread carefully here is to understate by a hilarious degree the extent to which I must be careful. General David Petraeus, by comparison, has been getting the odd frown from his wife. Adele has the occasional urge for a cupcake. Richard Branson is this way/that way about headline-grabbing stunts.

I am, you see, a newly married man, and this is marriage no. 2 for both me and the wife. I am anxious it not be a stepping stone to marriage no.3, and I hope the current Mrs. Duff feels the same way.

Because we never talk about this the right way. We bemoan the fact that there are not more female bartenders, bar managers and bar owners, without ever acknowledging the simple fact that fewer women join the profession than men. Everything else is a consequence of that. And it’s no harder for a woman to get hired to bartend than it is for a man; very often it is a good deal easier. Women complain bitterly about losing their looks as time marches on, but they never complain about having benefited disproportionately from them when they were young and perky. All other things being equal, a good-looking young lady earns a greater reward for her looks than an equally good-looking young man. Sadly, life balances the books when you’re in your forties (cough) – ladies begin to look haggard (or, Californian, frozen) and chaps who would previously have frightened children in the street start rocking a distinguished vibe.

So why not many female bartenders? Well, the fairer sex contains far fewer ego-driven attention whores than the male gender, and since time immemorial, that has been the leading demographic for bartenders. I will go out on a limb – well, further out on a limb; the kind of limb that would have Roadrunner sawing through it while Wile E. Coyote is perched precariously on aforementioned tree appendage before plummeting earthwards to a coyote-shaped indentation in the ground – and say that money and ego massage is what motivates most beginning male bartenders, but that a job they are passionate about is what motivates most women in most jobs, full stop. Many a male bartender would countenance a drop in income if he could maintain his level of social status; most women, sensibly, don’t give as much of a shit about that. Me saying A does not disprove the existence of B, of course: there are undoubtedly a lot of ego-driven female bartenders out there, and many male bartenders who care nothing for being the toast of the town.

I’m buggered if I can think of any other reasons for a dearth of women in the biz, frankly. Bar work can be well paid. It’s reasonably physical, but no more so than working in a warehouse. It’s usually a fairly flexible schedule with more-or-less kid-friendly hours. The bar business could care less if you take off a few years to pop out the sprogs, unlike most other professions, where taking maternity leave puts you so far behind that on your first day back you feel like the kid who turned up with an abacus and a quill on the first day of school. There is a fabulous chronology of excellent female bartenders and bar owners dating back to the birth of the profession, so it’s not like there’s no precedent. Women are just as good at bartending, managing and bar-owning as men. OK, the industry is male-dominated, but the nursing biz is female-dominated and the basketball business is tall-black-guys dominated. Doesn’t mean you can’t play. Not at all. I could just as validly complain about the world being unfairly dominated by sober people. But I don’t. I bravely get out of bed each afternoon and face the world head-on (while wearing sunglasses, and after some Advil and strong coffee.)

Do women get more demotivating shit thrown at them than men, when they work in a male-dominated industry? I don’t doubt it. But how much more, exactly? I think this is massively under-estimated: women who go through the various stages of being ignored, given the scut work and patronised when they start in a bar assume it’s because they are women. It’s not. It’s because they are new. Much of the shit you get given will be lady-themed because you’re a laydee, of course, but it’s got nothing to do with gender. New guys get as much shit as new women; it’s just themed differently. I get shit because I’m Irish, or slow, or lazy, or messy (frankly, take your pick) – you get shit because you have chromosomes XX. Tomato, tomato. Hey, who knows a good divorce lawyer?

Philip Duff either lives in New York with his wife or is crashing on friends’ couches in New York, depending on if his wife was reading over his shoulder while he wrote this.

0
Australian Bartender January 18, 2013
No Comments Yet