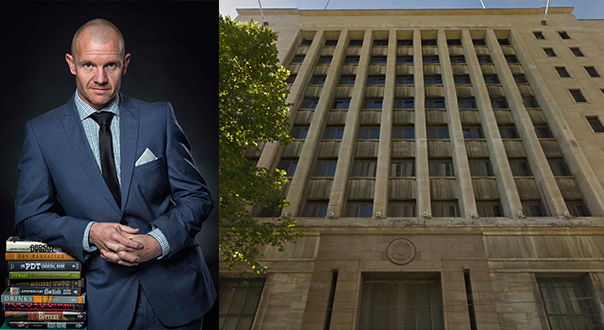 The Adelaide bar scene is set to get another injection of top cocktailing goodness this year, with the opening of 2KW this month.

The new bar and restaurant will open on the rooftop at 2 King William Street (hence the name) and is in the same building as the new Jamie’s Italian that opened late last year.

The man in charge of the bar program is one Shaun Pattinson. Pattinson owned the seminal Adelaide bar Cushdy, before closing it in late 2013; 2014 saw him running a popup bar, called Roses & Rye, during that year’s Adelaide Fringe Festival. He then closed out the year by starting up his bar consultancy and training business, The Drinking Game.

“I’m running the bar side [of 2KW], and continuing with The Drinking Game consultancy and training as well,” Pattinson told us.

The new venue will hold 260 people, Pattinson said, and the cocktails and drinks list will be influenced by what the restaurant side of the operation is doing.

“[It’s] not an extensive list,” said Pattinson of the cocktail list, “but some seasonal stuff and very much in line with what the restaurant is doing which is local produce, seasonal flavours — think Bulletin Place.”

0
Australian Bartender January 7, 2015
No Comments Yet