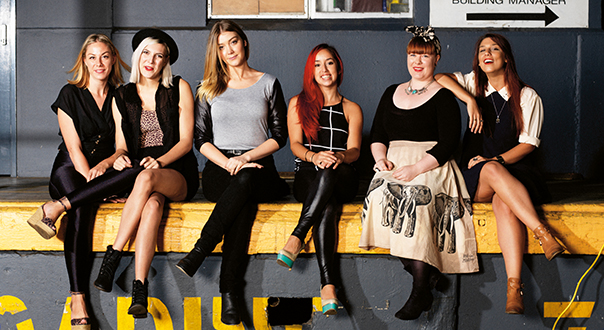 The women who graced the cover of the April issue Bartender

You know, we cover a lot of good things in Australian Bartender — we get to highlight the best bars, drink good booze, and talk to passionate bartenders with great stories to tell. And sometimes we get to do something special and important. Something that makes the rolling deadlines — and the hangovers that feel like they could be your last — even more worthwhile than usual.

That’s how I feel about the April issue, which is hitting bars around the country this week. And online this week, we’ll be showcasing some great interviews with the women who make this industry great.

The April issue is dedicated to women in the bar industry, and there’s a number of angles we could have gone with it. We did want to steer clear of a list of the best female bartenders in the country, because that idea itself is a pretty loaded one to me. You don’t see a Top 10 Male Bartenders list — so is it appropriate to have one that singles out women?  But I do think there’s a lack of women in the upper echelons of the bartending world, and that needs to change.

That’s not to say there aren’t great bartenders who are women; there are, and we’ve interviewed a number of them for this issue. We’ve asked them what they think needs to be done. And we’ve also asked them how they came to be in the positions they’re in, with the hope that by sharing their stories the younger crop of women coming into the industry might follow their examples and go on to be the next top bartenders and bar owners. We need all the good drinking we can get.

We’ve also asked for stories from women in the business for this issue too: check out the story from Advisory Panel member and owner of Brisbane’s Public, Bonnie Shearston, on the red tape that she reckons is holding back Brisbane’s hospo scene.

And read up on Sarah Limacher’s great piece — she’s one of Bartender’s favourite somms and she talks about her experience competing in what has been a pretty male-dominated profession.

And lastly, big thanks goes to Alex Ross and Chanel Liquori, who have interviewed some of the country’s best male bartenders, asking them which females behind the bar make them shake in their boots at competitions and more.

It’s been a bumper issue to put together — you can get your copy on your iPad now — and we haven’t had space to include all the full responses in the mag, but hit up australianbartender.com.au this month to read more from these great industry people.

See you at the bar.

Tasha Lu: “Include yourself, prove yourself.”

Don’t favour the ladies over the lone ranger.